On January 5, 2016, a fire burned down Flavio Bisciotti’s home art studio. The loss included his personal paintings, photographs and ephemera, furniture, objects, tools, materials, clothing, files, and things he had collected over his lifetime.

After the initial shock and after speaking with friends, he came up with the idea to salvage the remains of the fire to create new artworks. 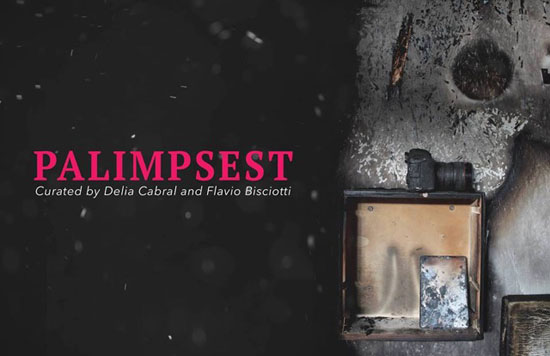 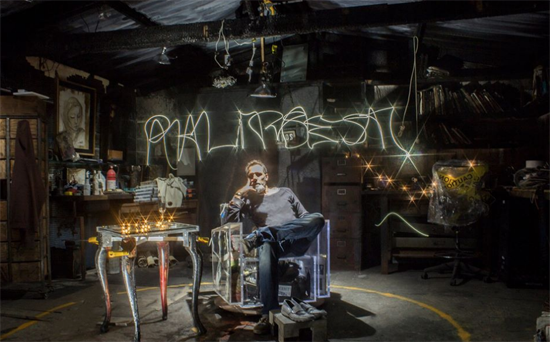 FlavioSat-Oct15-2016-Palimpsest-Flavio has curated art exhibits in the past that has involved local artists. His idea for this exhibition is a collaborative community effort where the participants are able to make art,to strengthen their relationship with fellow participants.

Flavio Bisciotti is a multi-faceted individual with several deep areas of interest. This includes his artwork, and also his company Bisciotti design+build and his championing of artists through his art gallery, FAB-gallery in Santa Monica.

Venice local Jennifer Verge was asked to particpate in the projPOW-Palimpsest-Jenniferverge-ifitwasalltakenawayect. Her work has been exhibtited at Flavio’s gallery last year. “I love being apart of this project,” said Verge. “Turning a negative into a possitive is incredibly inspiring.”

See image: by Jennifer Verge, If it Was All Taken Away

Verge is known for creating work from found objects, so is a perfect match for Palimpsest. She creates art out of found wood, metal, etc. “My piece is based on the basic realization that no day is promised and this experience has made me question…what would matter most?”

Another artist Barbara Kosoff said she was excited to be included in the exhibition.

She explained, “When I chose several of Flavio’s original architectural drawings that were burned in this devastating fire at his studio, I was attracted to them because they were very delicate and beautiful even though they were charred and some parts were disintegrated.” 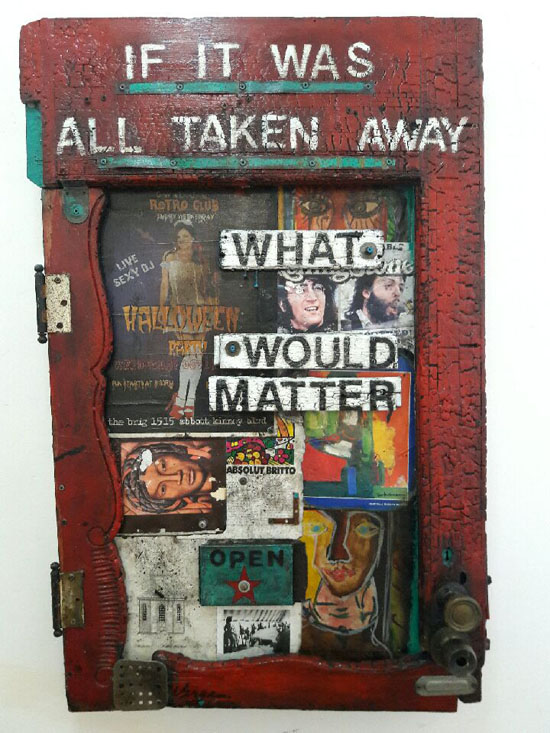 Kosoff continued, “I wanted to honor his work and at the same time, I was inspired to create something new. I think the idea of creating artwork from salvaged remains from the fire was extremely challenging. For a long time, I hung the drawings up and just stared at them and lived with them before I could even imagine what I was going to do. And then after some time and thought and experimenting, I began to work. I wanted to make a piece that was about restoring, rebuilding, renewal and hope, and feel very grateful and honored to be part of this community and effort.”

John Ramsom has created a work of art from the wreckage…He chose one of Flavio’s paintings which was damaged in the fire.

He explains “So Nice To Talk Again” was constructed from the original painting “Let’s Talk.” In this piece, I’ve tried to represent, from left to right, the chaos of the fire, the aftermath of the studio itself, and then the inspirational regrowth that includes a print of the original art peaking through a window naturally burnt out by the fire. A testament to the resilience of plants and animals.

Another artist Barbara Mastej created four works. She explains why she created Aftermath…”I was attracted to the red remnant of a table, just the way it was. I added the teardrop.” 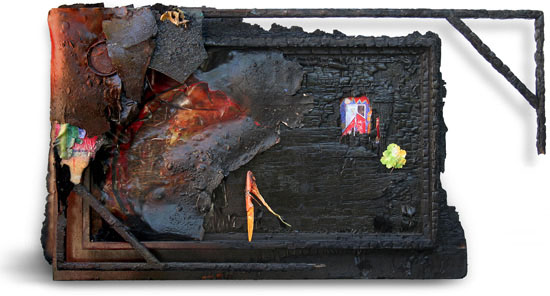 For additional info, visit the FB Event page. See a video HERE! BE AWARE this opening is NOT at FAB GAllery (in SM) – it will be help at Flavio Bisciotti’s home studio in Venice.